St Aidans country park near Leeds is home to around 25% of the UK’s breeding black necked grebes so a must to visit in Spring. The site was until 2002 a huge opencast mine but once mining finished and after some arguments about land ownership it was taken on by the RSPB as it’s latest site.

The first thing you notice on arrival at the site and it’s pretty hard to miss, is Oddball a preserved walking dragline which was used to strip mine the coal from the surface. And it’s huge. It is also currently the nest site of a pair of kestrels and little owls have also nested among this monolith from our recent past. 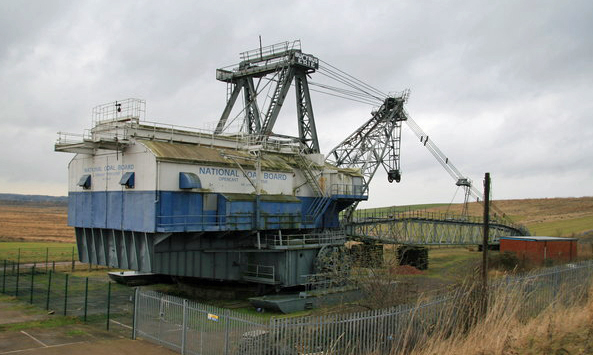 The black necked grebes are a small diving bird feeding on insects and crustaceans. They are one of the most inefficient fliers and almost seem to avoid flying unless absolutely necessary. For around 2 months a year during their moult they are flightless, however they do migrate around 3,700 miles to breed. 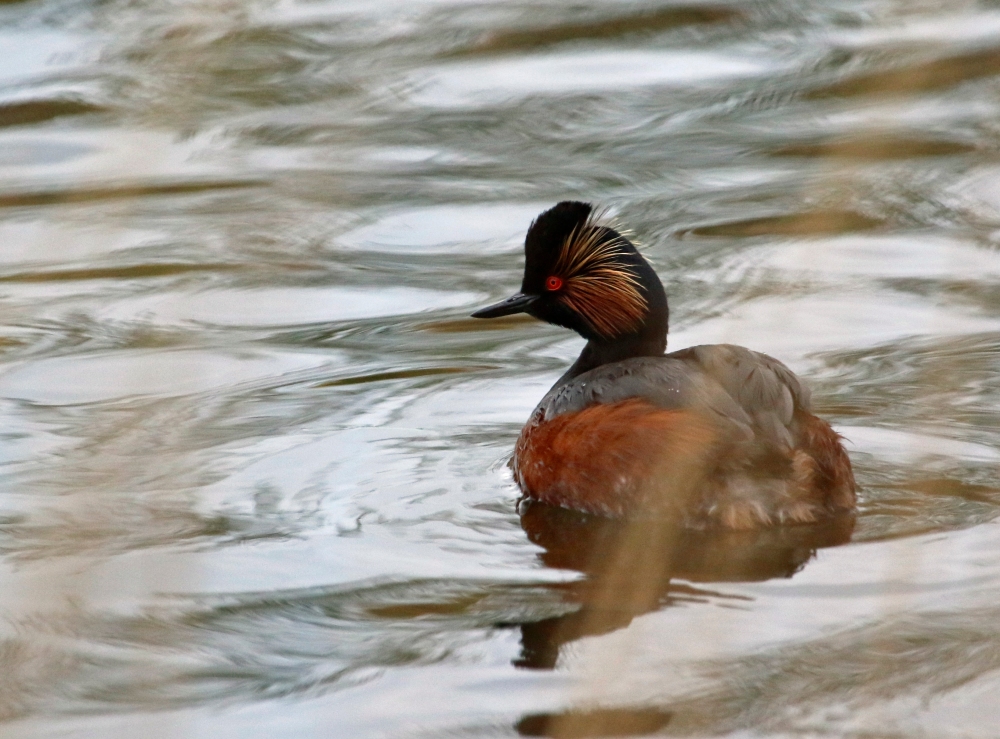 The first thing you notice is their incredible striking red eyes and the tawny coloured ear tufts. When courting they will display to each other rising out of the water and calling. They will breed from April building a nest amongst the reeds and will lay 3-4 eggs. However there is evidence that birds will lay eggs in other nests, a practice known as brood parasitism and similar to the behaviour of cuckoos! 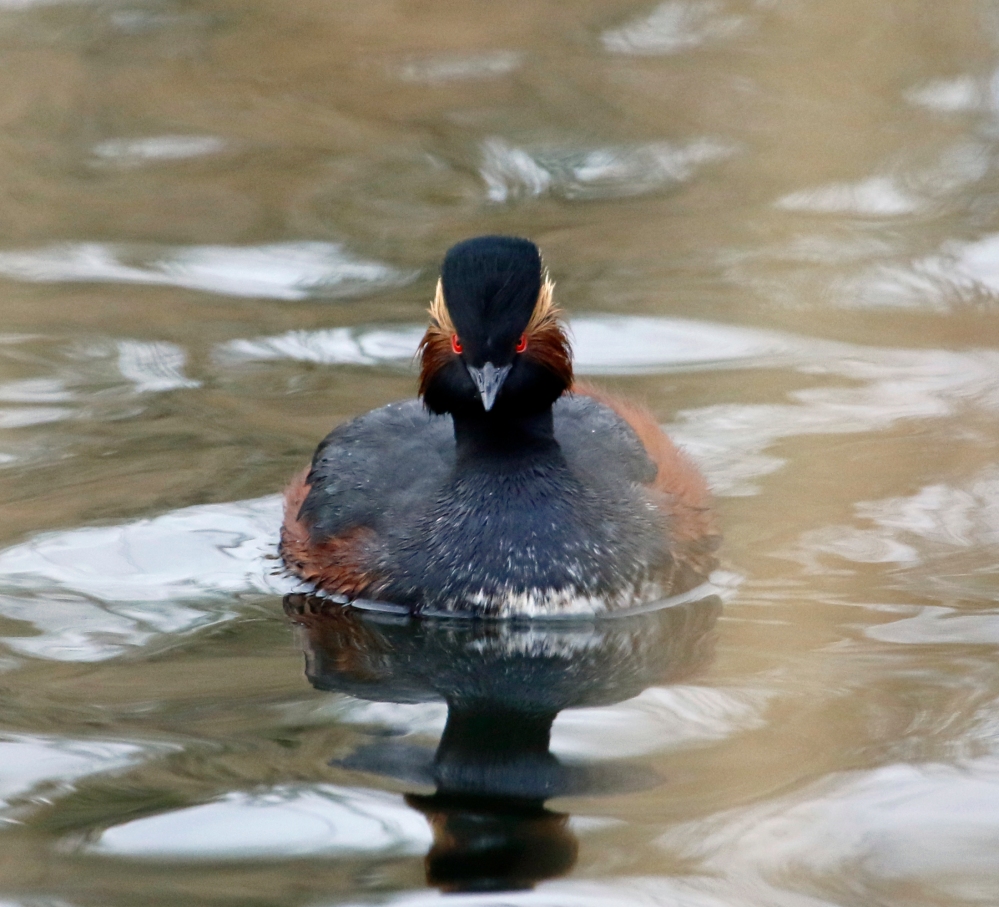 The nest is often built in a colony or in amongst other breeding birds. At St Aidans they nest amongst the large black headed gull colony which offers protection from predators who will be mobbed by the gulls if coming too close. 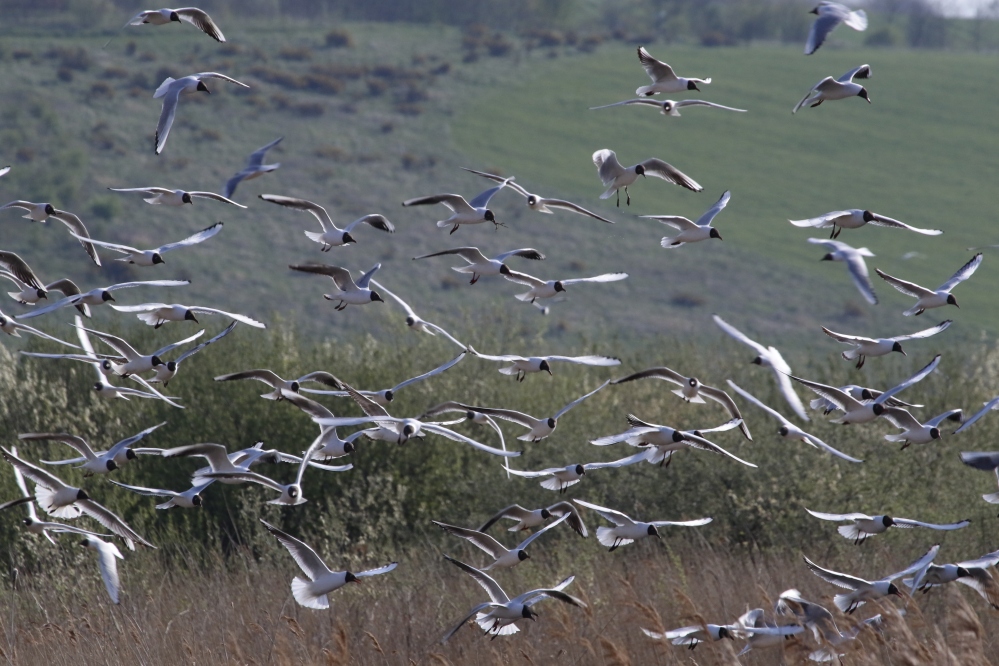 Once hatched the grebes leave the nest and although chicks can dive and swim, for the first few days they will be transported around on the parents back. Once competent on the water the parents split up the youngsters taking care of their own half.

Although a rare breeding bird in the UK there numbers worldwide are good and these stunning water birds are not currently under threat. 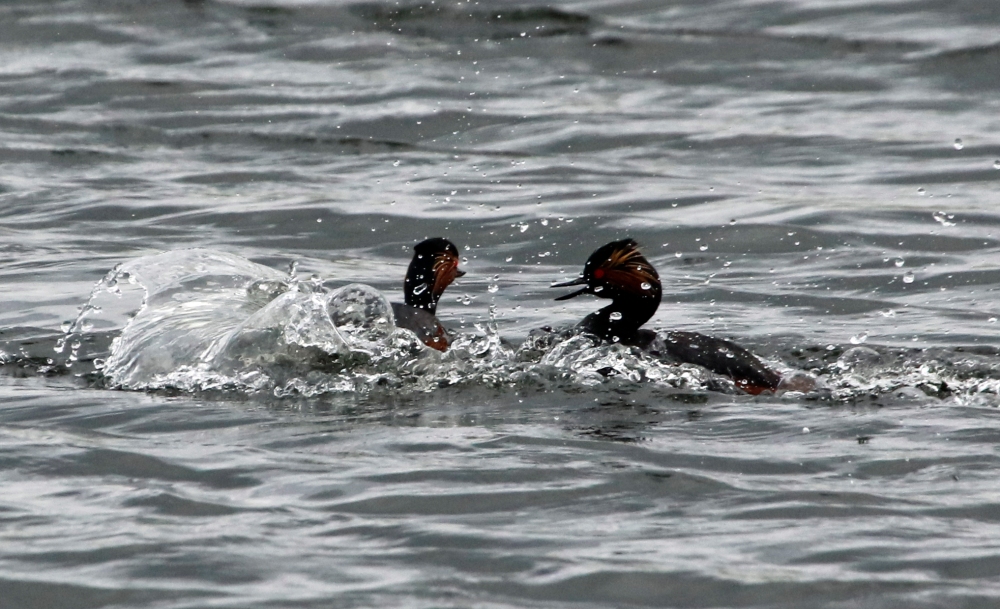 Chasing away a rival