It’s that time of year again when the great spotted woodpeckers in my local wood start pairing up and looking for nest holes. Last year I watched three nests successfully fledge and so far it looks like two of those nest sites have already been snapped up. The third though seems to have attracted the attention of two rival males who were checking it and each other out at lunchtime today.

While one perched on the hole to check out the facilities the other kept dive bombing it in an attempt to perhaps scare him away from this  high rise des res. He wasn’t taking the hint though and after an internal inspection perched higher up to consider the options while his rival looked on. 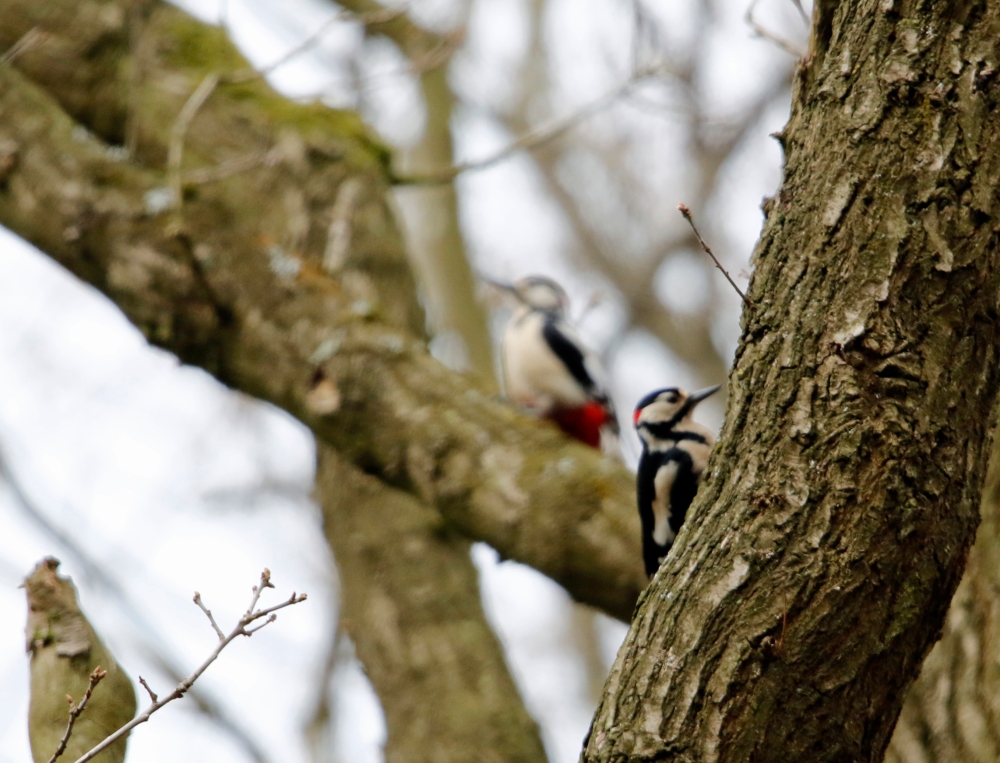 The second male then suddenly swooped down, calling loudly and aggressively harrying the other in a whirl of black and white in an attempt to move him on. 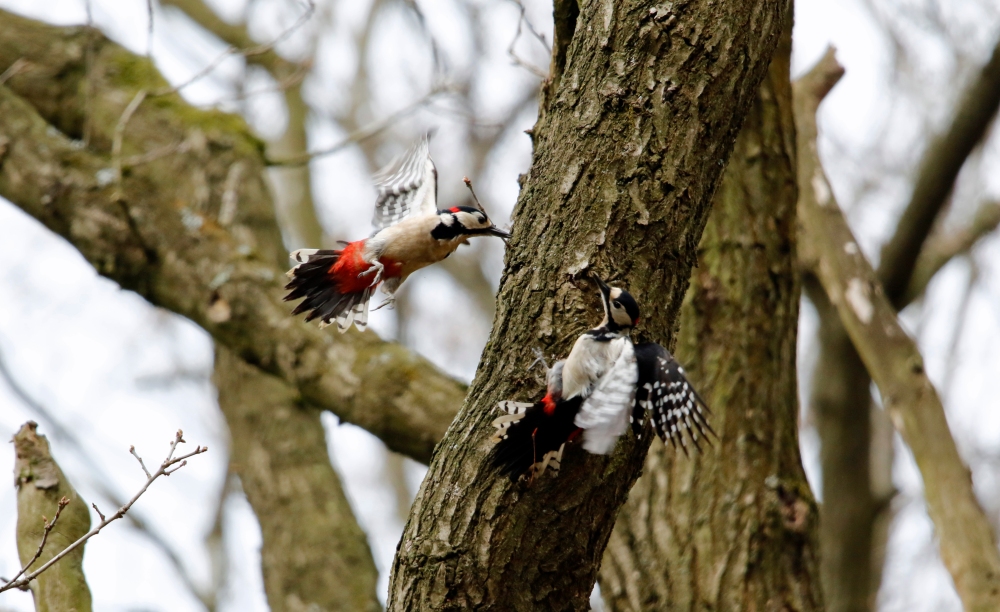 The plucky potential nest owner clung on and after a few moments returned to the hole and disappeared inside keeping a wary eye out for his rival. 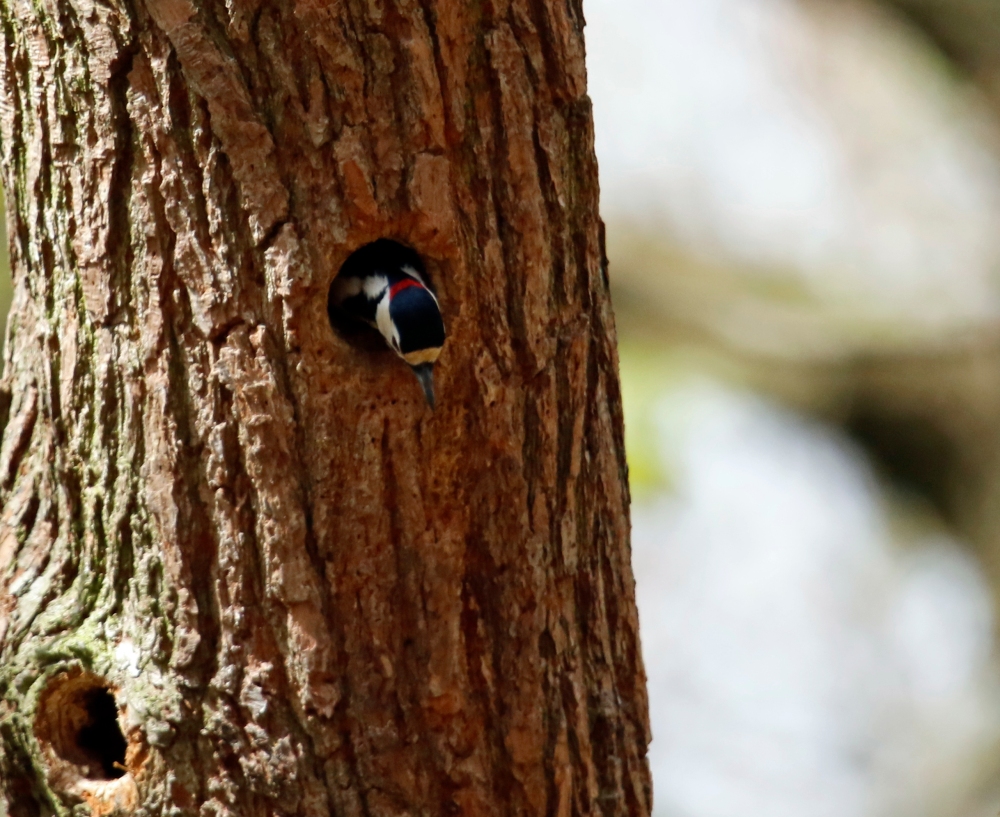