The most famous birds in Yorkshire at the moment are the bearded tits or bearded reedlings which are putting on amazing shows at both St Aidans and Old Moor nature reserves. Having never seen one before I decided last weekend to go and see what all the fuss was about. I chose St Aidans as they had been reported as showing well and some fabulous photo’s were popping up on social media.

They weren’t hard to find as there were a few photographers already in place when I arrived, but unfortunately the birds were some distance away and the weather was playing havoc! As soon as you got one in the viewfinder and pressed the shutter they had been blown either down to the bottom corner or totally out of shot. And boy was it cold! 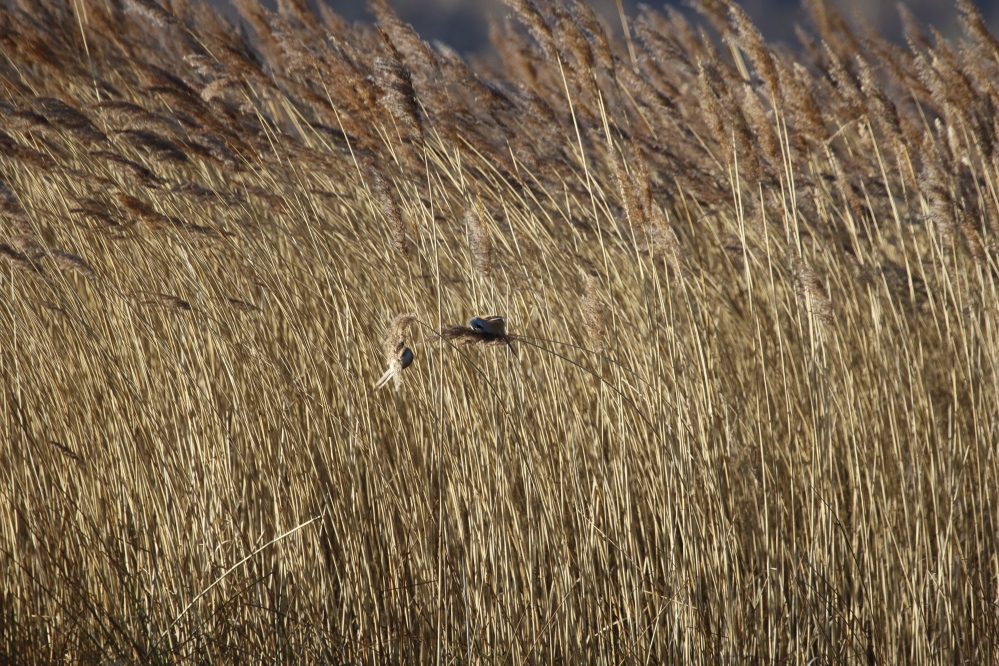 So yesterday I decided to try again. The sun was shining and luckily the wind was just a gentle breeze. Word had definitely got out and when I arrived around 6 or 7 other photographers were already in place, and as the morning wore on our numbers rapidly expanded. And we were royally entertained by a very obliging male who rarely moved 6 or 7 feet away from the assembled snaparrazi. With shutters firing away the assembled throng turned the lakeside path into a red carpet event as our  little celebrity performed stunningly for us.

The bearded tit is a beautiful cinnamon-coloured bird which frequents reed beds across the country.  The males actually sport a black ‘moustache’, rather than a beard and performs some amazing gymnastics whilst eating the reed heads.

They build their nests low down among the reeds, often on piles of dead reed stems. Bearded tits can be heard calling or ‘pinging’ as they fly about the reeds and are generally difficult to see.

However this guy wasn’t the shy and retiring type and happily moved from reed stem to reed stem quite often coming too close with lenses needing to be shortened to keep him in focus.

Having used up one battery and burning through another I couldn’t help myself taking just over 1600 shots!! But I did get the shot I’d pictured before I set off that morning. A classic bearded tit splits shot!