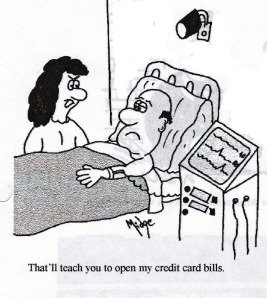 At the end of the 90’s I was made redundant and decided I wasn’t going to get another job I was going to be a cartoonist. I had no skill in drawing but I could write a gag so as the wife was suitably employed we decided I could give it a go.

It took awhile to develop a style but I got published fairly quickly and fairly regularly so I was at least paying some of the bills. The majority of my work was published in The Sun which needs no explaining to a British audience but to the rest of the world is the UK’s worst tabloid newspaper. But hey they bought cartoons and they paid for them, but it also explains the type and level of humour of the time. The Sun hasn’t moved on much but I hope I have. 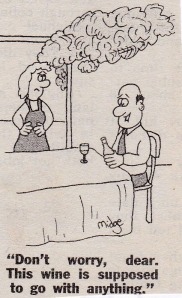 Overtime I got published in more upmarket publications like The Spectator, Punch, Private Eye and The Oldie. I also had a regular column in a couple of magazines and the Harlequins rugby club matchday programme. 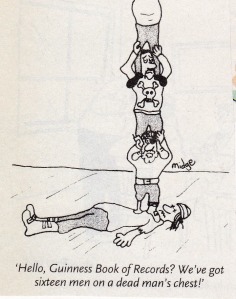 I used to draw and write at least ten gags a day and would spend the rest of my time mailing them out to all and sundry and then waiting for the postman to arrive each morning to see what if any had sold. I had great days where I would sell 5 or 6 and then others without a sniff but boy what a way to spend your working day. I even became a member of a club, The Cartoonist Club of Great Britain, and attended meetings in London in a pub off Fleet Street.

This happily continued for about three years and for the last year I was a stay at home Dad looking after my son and writing gags about nappies and food splattered walls. It was an even easier job when the punchlines actually developed around you.

But like all good things it came to an end and it was time to re-enter the normal world of work. That though is a whole different story.

So I know its not high art and its not going to hang in any gallery but it was great to know it might have made someone smile on their way to work. It’s also a buzz when your niece tells you that someone was laughing at one of my jokes and she proudly told them “He’s my Uncle”.

And it also gave me a chance to draw a pirate joke!

I apologies for the quality of the images as they are scanned straight from the original newspapers they were published in. Even I have got time to look through a few thousand cartoons to find the originals.